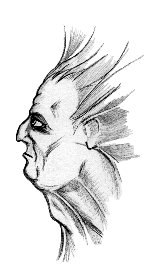 What did I learn today? I learned:

how to network two Macs to one another with Local talk using:

how to open up, and install memory into, a PowerMac 7600

I also managed to:

get the PowerBook G3 running on the department network:

[Trivial accomplishments—merely remarks about what I did—but I just felt a desire to jot them down.]

A Return to posting: It was a long, postless summer, and has been a long, postless fall semester ... to date. I finally got around to converting the ‘old’ files to the new template. Now almost everything from Helicon has been converted to [ c a t a l y s t ]. I had no terribly interesting things to say, so I thought I would post an email I wrote today.

Consider yourself lucky, I suppose -- I care enough to write you email ) [okay, perhaps I am just bored, but it *sounded* nice when I said it ...]

And, just think, I will even be nice when writing this message. Note I need a name for my next page of rambling comments. I have gone through a number of ‘interesting’ ones so far, as you know (I still like ’rantecdotes’ ... one of the more creative ones)

First, some commentary. For it, I decided to include the attached jpg file. Part of a screenshot, as you can tell, both from the name and the contents. The target of my wrath—no, wrath is too violent a term here—is mr. ‘hot gay man’, whose message you can read in the appropriate section of the screenshot [and, no punny comments needed regarding mr. ‘hot gay man’s’ desire for a different type of ‘screenshot’]. If I am not mistaken, I believe my response contained the phrase ‘fuck off’. Of course, as you would expect of me, I recognized that ‘that’ is exactly what my chat ‘partner’ was looking for, and hence, I made another comment to that extent in the same message. However, being 1) socratic in my method, 2) a people person at heart, and 3) oh-so-genuinely afraid that I had hurt mr. ‘hot gay man’s’ feelings in my harsh reply, I decided to pose a simple and polite question at the end of my message to him (that is, I assume it is/was a ‘him’). In this question, I simply asked why it is/was that he is/was so completely unable to begin an intelligent conversation.

Alas, to my extreme disappointment, mr. ‘hot gay man’ (ICQ #22241303, first name Alan, age 19, and, like so many other people I chat with online, from Canada) failed to respond. And to think, I was so looking forward to having an enlightening, open, and highly entertaining conversation with him. <sigh>Schade....</sigh>

In other news, one of my friends from Zagreb this summer (a German now living in France) managed to email me today—twice, even. Happy, happy, joy, joy ... It’s been a while since receiving a message from her. It seems that she at some point visited the ‘humor’ section of my website and enjoyed it—or, so she mentioned in one of the emails. However, her spelling of ‘site’ as ‘sit’ seems curious to me; is it merely a spelling error? It was repeated twice, so it is probably not a typo. Many Germans that I know would use “Seite” for page. Is it something she picked up in France? Perhaps I should just ask in my next email?

On to the other elements of the screenshot. You will notice a tiny amount of /. in the upper left. Oh-so-normal for moi. Then, you’ll notice a screenshot from Quake 3. Even though I don’t care about it that much—game play is more important to me that looks, and I don’t see too many improvements and/or revolutions in the realm of game play here—I do find the graphics rather intriguing, overall darkness-factor aside (which I don’t consider a major problem, unlike some people who like to complain about the color pallet). Although the ’world of Quake’ remains an obvious fiction, the world itself with its possible complexity would seem to be a joy to explore. Just wandering around and looking in all the corners and such was always part of the fun in W3D, Doom, and Quake—at least for me.

mp3s—nothing special playing, as you can tell. Still have Blondie on the playlist, though. ‘Atomic’ is just damn addictive. Hope it hasn’t started annoying my neighbor(s) that I keep playing many of the same songs each day ) ‘View to a Kill’ is still fun—the bass and ‘James-Bondiness’ of it help to keep it on my list.

That about covers the screenshot. I think I might just make this email the first post of my new pages of random comments. Not a bad idea, it seems. Screenshot and all?

Time to get back to web-page editing. Still many bookmarks to organize.