If it ain’t Broch, don’t fix it

Some consider it poetic and beautiful, others self-indulgent and pretentious—I mean the video of the plastic bag blowing in the breeze much like a slow-motion Dervish in American Beauty. For me it was always a melancholy moment of reflection; others who want their story to move along, plot point for plot point, lose patience at that point in the film.

The back parking lot of my apartment complex and that of the building across the way are divided by a slender cement barrier no more than two feet high at its most foreboding. It is no Great Wall of China, nor even a Berliner Mauer, yet the two parking lots are worlds apart. The facade to my building is pale painted cement blocks; the two behind mine consist of a mixture of dark red bricks and of light. SUVs and other nice vehicles park in their lot; few cars park in mine and most of us do not drive in this city. Metal stairs lead down their buildings one by one. Last summer a young woman and her friend climbed on occasion to the top of one of the buildings to sunbathe. 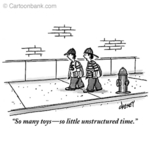 What we have in common is a garbage dumpster that is emptied numerous times during the week by the local garbage men who back their truck down alleyways; the beeping of the truck is a more effective alarm clock than my own timepiece.

Attached to their dumpster this afternoon was a once-helium-filled balloon, perhaps sign of someone’s graduation. Its string had been caught by the dumpster’s lid, almost like an upper lip clamped down on struggling prey seeking to flee. Summer has vanished once again and cool winds blow through the city, down alleys, and into back lots. One such wind caught the balloon, a translucent, golden, heart-shaped piece of plastic, and tossed it here and there, to and fro. In American Beauty the dance was graceful and free; the bag stayed in its space but was not tethered. Here I could hear the balloon thrashing and crackling in the breeze.

I turned my back and only came back to my window a few minutes later; some soul had open the dumpster lid and placed the balloon inside to be digested. In the background I heard the buzz of powertools—this city has two seasons, winter and road construction—and returned to work. When I once again stepped to the window to peer outback the balloon swayed again, but this time lethargically, lobotomized.

After 9/11 some remarked that the event was a great aesthetic event, and while this drew outrage from many, when qualified it made sense. The fall of the towers was sublime in the same way as many natural disasters are when observed from a distance; material was edited, constructed, and mediated through film and pictures to provided iconic images and narratives; and it was exactly the type of event we went to movie theaters to see on the big screen—terrorist attacks, disasters, tragedy ... things blowing up. I find it therefore amusing that an event I observed today I make sense of by comparing it to a scene in a piece of mass entertainment and not the other way around.

I awoke at 6am when the radio started telling me the news; I got up, turned it down, and crawled back into bed. I had only gone to bed at 2:30 and was unable to sleep for the longest time due to work on my dissertation that I was mulling over in my head and due to fictionalized debates I was having inside my brain. I did not awake again until almost 10am. I thought it was a good time to get up, and just as I hurled myself out of bed and stretched, the phone rang. Sunday morning I called my mother for Mother’s Day and she reported that my brother would be getting in touch with me this week ... at 10am he did.

I went to bed seeking a catchy quote to use as a hook for part of my dissertation. When I awoke and checked the comments on my website I discovered that such a quote had been provided for me. I later discovered that the person who placed it also plans on using it, but the context and location in our respective academic projects is different enough that it should not be a problem; the only problem is that we have the same advisor, who will undoubtably notice the repeated use of the same text in two different works.

As seen earlier in the day on IRC (edited for ... content?):

me: in addition to a few recent books on the history of lobotomies, there is a new movie coming out, too, on the topic
me: see the trailer for: http://www.apple.com/trailers/independent/aholeinone.html
me: it stars -- Meatloaf!
mns: NO WORSE THAN REMOVING TOOTH
mns: whoa, his last name isn’t “loaf”?
me: sorry. meant Meat Loaf
mns: Meat Loaf Aday
me: no. his name was robert paulson
ct: “So what’s Spiderman’s first name?”
mns: for some reason in the credits at the end, they list him as Meat Loaf Aday
me: that’s ok. for some reason in the credits they list me as steve cornbread krause
ct: I get listed in movies as Brad Pitt an awful lot
mns: i usually get listed as “christina ricci”

Years ago, meaning the spring of 1996, I was riding in a bus with the other students on my study abroad program in Marburg, Germany. Before the semester itself began we took a week-long trip to the Austrian Alps, specifically Kleinwalsertal, and on one of the busrides associated with that trip Emily, who was deaf in one ear, claimed that I resembled Harrison Ford. Despite there being no such resemblance (or perhaps for this very reason), Andrew, who was also from Pomona, latched onto this statement and has never let go of it.

After all three performances of the Der Vogelkopp last week people (colleagues and professors) approached me to say that I resembled Andy Warhol. The first was Elliot, followed by Cora Lee, Corina, and others. Once I removed the wig, however, the resemblance was gone. Back to soup cans.