Resolutions, like rules, exist to be broken, but goals seem a bit different, not necessarily more flexible but somehow more realistic.

Resolve, dissolve ... the whole solution, solve, thing. It's the end, not the process of doing, so somehow I like goals, which, likewise, are ends, but implicit in the concept is striving toward them, so when I think of goals I think not of the thing but of doing and of concrete steps.

In German in addition to lösen one regularly finds erlösen and zerlösen, but verlösen just isn't doing its part.

Perhaps it's the re- intensifier prefix, but resolutions seem so fixed.

As everyone knows, resolutions fail. I do not miss when it comes to goals.

For all my German needs I use either LEO or Das Deutsche Wörterbuch. I'm also fond of the Online Etymology Dictionary.

Daily writing is a goal. Step-by-step. Posting something, even the trivial, even if it is only for me, just the practice and habit, though the habit must be established. 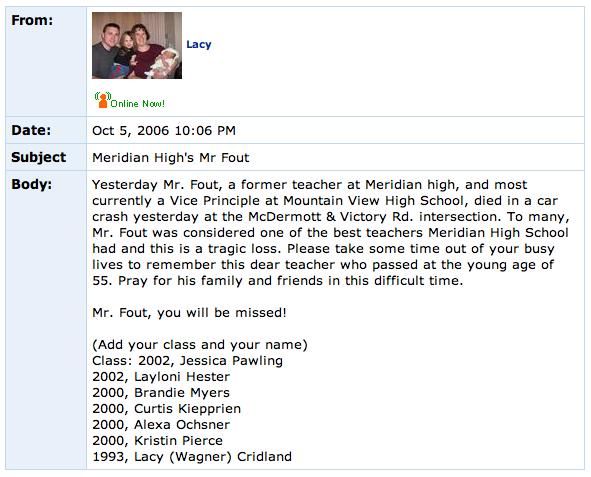 I knew Mr. Fout my senior year, when he worked with Mr. Maloney and Mr. Harm.

I plan on continuing my avoidance of HFCS as much as possible. In almost all store-bought baked goods it is impossible to avoid. Sure, buy organic at the co-op and spend $3–4 per loaf. Out go the soda/pop, but that was done away with three years ago except when a rum & coke with my name on it calls. Premade sauces are another major food group that proves problematic, but with everything else it's pretty easy to avoid corn syrup.

I at first told myself, draw every day. Exercise every day. Do some language learning every day, but seeing as none of those will happen today, I'll have to reevaluate a few of these goals.

But I'm nipping them in the bud. Catching them early like cancer and making the rehabilitation of my unreasonable goal-making a reasonable goal.