Less is Moore; Depressed for Success

Roger Moore turns 80 this year; just a few years ago in 2002 in season 1 of Alias he guest-starred as Edward Pool, head of SD-9, in the episode The Prophecy. He looked surprisingly good for a man in his mid-70s; we should all be so lucky. Clint Eastwood is another such lucky one. Regarding Moore, I first remember seeing him in ffollkes (a.k.a. North Sea Highjack [1979], also with James Mason and Anthony Perkins), which we rented on Betamax from Videon; only later do I recall watching his Bond movies. 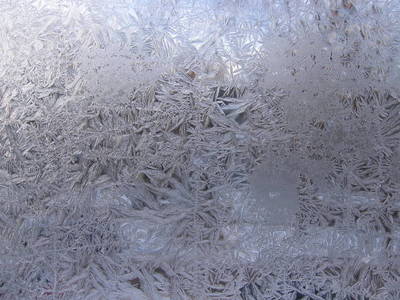 Ice on a window in January

Mandy Moore: I struggled with depression: Two things make this “article” offensive, primarily to matters of good taste. The first has to do with the definition of depression. For most of my life depression has been a broad if not vague emotional feeling of detachment, of being down, etc. Such is the definition that Moore uses, but as is clear to anyone socially aware the past decade or so, public (and to an extent private) pronouncements of having, suffering from, or experiencing depression as a noun are tied in many if not most minds with clinical depression. To an extent this is a semantic narrowing and shifting, and there is, as far as I can tell, no ethical obligation to maintain this shifted meaning. But at the same time—furthering the association with clinical depression—the expression used in the headline is struggle with ..., much like one struggles with alcoholism, obesity, anorexia, etc. That is to say, with other psycho- and neuro-medical conditions.

And then we discover, that was not it at all. Moore was simply sad because of her breakup. She felt depressed; it's disingenuous to say she struggled with depression. Struggle? Fight? Win the battle or war? Furthermore, she's finally growing up and realizing how trivial her previous music production was—expect a new, more serious Moore in the future. Depression here is a bit goth, is it not? A new stage of development, the melancholy artist, mass-produced.

And that brings me to the second reason why this is offensive: the headline. In the mold of those revealing how a certain celebrity admits a problem with alcohol, drugs, an eating disorder, racism, anti-semitism, or homophobia, here it's depression, but the reason for the piece is simple, we've forgotten about Mandy Moore, so let's get her in the news because, frankly, she's disappeared—she's no Lindsay Lohan (more comic book style alliterative naming), Paris Hilton, or Britney Spears. We are told toward the end, “Moore, who is working on a new record at a studio in Woodstock, New York, and feeling better for doing it, says writing songs ‘away from friends in L.A. or New York’ is good for the soul.” It's the lure of disease or syndrome to build sympathy and sell albums. Moore's merely a symptom, and it's this culture that's sick.